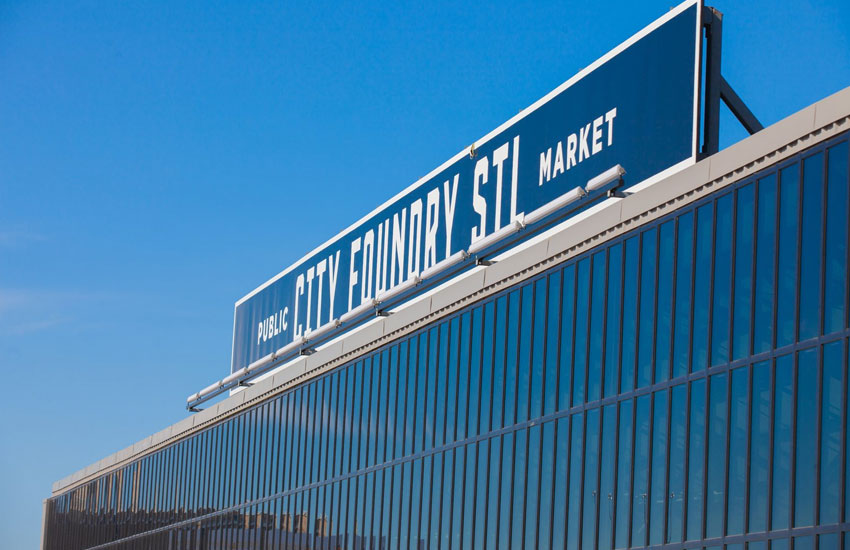 With fewer green fields available and property value increasing, retrofitting buildings has become a growing trend over the years. Citing McGraw Hill data, the U.S. Green Building Council found that 61 percent of all construction projects in recent years have been retrofits (bit.ly/3JOKnGr).

Real-estate investors are trying to find ways to make available existing space work for their needs while converting these older buildings into something more sustainable. Nearly 75 percent of leading investors plan to invest in net-zero initiatives in the next three years (bit.ly/3iMm7ZE), meaning parts of these existing buildings must be improved. In addition, at the end of 2021, the average U.S. commercial building was more than 50 years old (www. commbuildings.com/ResearchComm. html), resulting in many of these buildings requiring a retrofit because of aged and degraded façades and systems.

To retrofit a building enclosure, there are certain best practices that can be used to prepare for the process. The objective is to gather as much relevant information as possible. From a carbon and building-structure standpoint, the entire team needs to know what they are getting into before a project begins.

Consider the following eight best practices before beginning your next building enclosure retrofit:

It is crucial to get all relevant stakeholders in the room together early. Depending on the project, the architect of record or the owners representative can be responsible for assembling and managing the team for the due diligence and operational execution of the project.

Engage with architects, façade consultants, the owner or an owner representative, along with any other key stakeholders. This will help build a consistent understanding of the retrofit’s objectives. Because most projects are not cookiecutter builds, there may be sacrifices on the project, and everyone needs to be onboard with these changes.

For example, the team must ensure new products being attached to the existing envelope will function properly with the building as a whole. Because structural codes need to be met, it must be understood who owns the structural engineering of the building. There is usually an engineer of record, but this can be determined in this early collaboration process.

When it comes to preparing to retrofit a building enclosure, reconnaissance is key. For example, are there existing drawings of the structure? Will the team have access to these drawings? Or must the drawings be recreated based on what is seen?

If drawings need to be recreated, a datapoint scan likely will be needed to create a model. A physicality survey of the building is also necessary to see what parts of the current building remain adequate for its future use.

Through the reconnaissance phase, it should be determined how new energy codes need to be applied and whether they need to be applied to a new addition only or the entire building. Many times, code-related items are not black and white, and the code may not address a specific scenario. Communicating project goals and objectives in a collaborative effort with building code officials is a great way to ensure compliance and also get a variance to achieve specific project objectives.

For example, if a building owner wants to replace an elevation of windows on a 50-year-old building, if not properly coordinated, it could result in the entire building being required to meet current-day building codes. This could mean replacing all windows, adding insulation inside existing walls, increasing the R-value in the roof through additional insulation and membrane, or even replacing the roof.

During the planning process, decisions must be made about what will stay and what will be removed from the structure. Determining this will help develop an expectation of the finished product. These expectations will clarify responsibility for certain aspects of the project. When the renovation is transitioning from brick to a curtainwall, for example, who will be responsible for the transition and pull test? Who has the warranty for the materials and work? These questions must be answered before the project begins. Part of this collaboration includes determining whether the existing structure has been evaluated for any issues. Has the steel rusted? Is it usable? Does it need to be supported? Who is responsible for that?

5 Compatibility between New and Old

Compatibility studies should be completed early and often in the project, including as the envelope materials and systems are selected and specified. This will help the team learn how all pieces will interact and if the materials will be compatible with the rest of the building.

Material compatibility is not limited to what’s on the surface. In many cases, existing brick has been painted, sealant joints have been re-sealed multiple times using different sealants and leaks have been fixed with unknown materials. In this scenario, the proper amount of time should be taken to understand what new materials will be interfacing with what existing materials, and appropriate tests should be performed to ensure compatibility and warranty.

Compatibility of systems also is important. A point-supported curtainwall system will interact with its structural support differently than the 1960s traditional masonry wall that the architect wants to remain within the façade, for example. Studying the compatibility of the differential movement of these components will ensure that the systems will perform independently, and together, as intended.

The sequencing of installations is also a key part of retrofitting different enclosures and façades. It is important to develop a phasing and logistics plan and manage that plan as the project scope and design progress.

If a building is occupied, renovations must be completed in phases. As with most renovations and retrofits, existing materials and systems will be completely or selectively removed. If there are limits to how much scope can be removed and installed before moving to another phase, this will increase the cost of the project and bidders should be made aware of this information. That is why all parties involved in planning the project should take the time to coordinate early.

As with any project, developing an accurate schedule is crucial; this begins with knowing the lead time of materials. With the inherent phasing and sequencing of renovations and retrofits, managing materials to fit within project needs is even more important. Take the time to understand what the lead times are for products used on the project. Are there any products or systems coming from overseas and what is the lead time associated? If a part breaks, how long will it take to receive a replacement?

Asking these questions early in the process ensures the team responsible for executing the work has the right information from which to plan.

One of the ways to manage current supply-chain challenges is early procurement. Bringing the right entities on board early can assist with early procurement. For example, if the lead time for roof insulation is 10 months and a traditional design-bid-build delivery does not allow that amount of time, it would be worth considering bringing a roofing contractor onboard in the design development phase and ordering the insulation as early as possible.

Finally, knowing the history of the community where the project is taking place is essential to a retrofit project. Stakeholders must understand historic preservation requirements. When it comes to preserving the history of a building, renovations will always require more consideration than new builds.

Retrofitting a building enclosure can be challenging. Preparation, communication and planning can lead to a high-quality project compatible with the original structure. Taking these steps during the early stages of the project will create fewer problems and lead to success.

The Eight Steps Are Executed on City Foundry STL

The 180,000-square-foot, 15-acre complex opened in St. Louis in 1929 as Century Electric Foundry, where various electric motors and automotive parts were produced for 40 years. After standing vacant for 10 years with signs of neglect, it was added to the National Register of Historic Places. The facility was purchased in 2015 and converted into its new use, opening in 2020. The redevelopment project preserved the character and building infrastructure of the historic building.

For example, as part of its interior design, the remains of two concrete kilns were transformed into a unique seating option within the dining hall. Guests can look to the sky and be amazed by hoppers, catwalks, rolling cranes, 2-ton hoists and foundry salvage that have been transformed into art.

For IWR North America, one of the project’s challenges, as with many retrofit projects, is understanding what existing structural supports would be kept and determining if they were in adequate condition for the project. Much of the steel and other substructure supports for the new façade and claddings were partially or completely covered and could not be physically inspected until selective demolition was complete and the substructure was exposed. Fortunately, it was discovered early in the project that much of the substructure was inadequate and needed to be replaced or reinforced before installing the new claddings and façade. Having discovered this, the general contractor adjusted the phasing and sequencing to allow the selective demolition and physical verification of any concealed substructure to be inspected and mitigated as early as possible to prevent delays.

Today, City Foundry STL attracts people to the area not only for what’s inside the building but also for its pedestrian-only streetway, which can be used for art fairs, concerts, farmers markets, street performers and events. In addition, the project preserves the significance of this industrial building in St. Louis’ history.