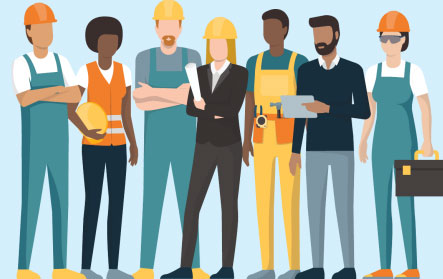 In the world of architectural glazing design and installation, “creative tension” can be a beautiful thing. Creative tension essentially is a means to help facilitate creativity and change. It involves a situation, such as architectural project design, where disagreement or discord ultimately gives rise to better ideas or outcomes.
“Whatever the delivery method, I’m a big believer that there is a specific solution for a specific opportunity,” said Keith Boswell with Skidmore Owings and Merrill earlier this year during the Building Envelope Contractor’s Conference in Las Vegas. “When it works right, you have a team where everybody is doing their work with a creative tension with other team members. So whatever the delivery method, the architect/engineer should have both the vision and performance aspect and then learn to speak the language of the other participants. When you’re communicating you get wonderful projects.”

Still, collaboration early on provides a forum for architects and contract glaziers, as well as other members of the design team, to discuss and work through challenges and issues that could arise. Delivery methods such as design-assist and design-build, as well as, Integrated Project Delivery (IPD) more recently, all promote early communication and collaboration. Not every project will necessarily lend itself to one of these practices, but simply focusing on ways to work collaboratively can help drive projects toward success.

Bringing all of the parties together cooperatively can help move the project forward, without costly mistakes and finger-pointing. IPD is a delivery method that fully integrates the project team, with the owner, architect and constructor all aligned by a single contract.
While true IPD is more common on large-scale projects than on smaller ones, the methodology still can be adopted as a philosophy, rather than a contract. This occurs when the integrated practices are applied to more traditional delivery approaches where the owner is not included in a multi-party contract. IN either case, both options promote communication and collaboration

Dan Shields, vice president of planning and development for IWR North America, a specialty contractor, says IPD opportunities are becoming a bigger focus for his company, but aren’t as common as they should be.
“Most of the opportunities we come across wind up being some sort of hybrid of a design-assist process, which allows for the building enclosure contractors to collaborate with the owner and architect during the design phase, but doesn’t include our suggestions on the whole process nor our complete oversight during the fabrication and construction transitions among the trades,” he says. “The IPD process is a great way for the owner to get the best value without compromising performance, aesthetics or schedule as every design decision is made as a team with each of these topics weighing the direction forward.”

Shields says IPD can eliminate the “everyone for themselves” attitude that can be common in typical design/bid/ build opportunities.

“IPD identifies the major players much earlier on in the process, giving the owner added value with a collaborative approach,” he says. “It gives the design team and the owner transparent information in order to make timely, informed decisions to keep the project on track and within budget. It also minimizes low productivity and waste, time overruns, quality issues and conflicts among all parties.”

David Stutzman, a specifier with Conspectus Inc., based in Tuckahoe, N.K., also sees many benefits to a collaborative relationship.

“The glaziers have all the technical knowledge about how the systems go together and what needs to be fabricated in the shop. That information isn’t always readily available from the manufacturers and many in the aluminum industry are furnishing stick-built systems. It’s in the glazier’s fabrication shop that the magic happens.”

Stutzman says while his firm hasn’t yet been involved in any true IPD projects, they have worked on what he calls some “light” versions, where the parties are working to establish a collaborative environment, but there’s not a true single entity.

Ryan Bakke, an architect with Performa Inc. in Green Bay, Wis., says while his firm has had limited experience with true IPD, collaboration can be essential for a successful project. Long-term relationships between the architect and contract glazier, he says, are key in understanding the complexities of the glass, framing and detailing, particularly on retrofit projects.

“The contract glaziers can come out to the project location and tell us what glass will work. They know what the coatings, for example, look like [and if they will match],” he says. “We can evaluate their suggestions to see what will work best.”

He adds, “The contract glazier can sometimes help you figure out what budget you should hold in your project coast and evaluate other options. They are a valuable partner in helping us understand the nuances of different things.”

“The difficulty the industry struggles with is the design-assist is really not defined. There’s nothing you can really rely on to say’this is the way to do this,'” he says. “We look at it as a process rather than a result. We’re trying to specify the delegated design as a process and trying to capture the bid number based on early design.”

He continues, “We want to work out the details of the design so, at the end of the process, the result is completed and approved shop drawings. We’re trying to identify what the steps are, the expected document exchange, what problems we’ll solve at what stage of the process. I think these are issues that glaziers face regularly, so if we can come to some consensus on what design-assist is that would go a long way.”

As with starting anything new, it’s not always easy to get started on a project like this. Those involved have to be willing to let go of a certain level of control to allow for successful collaboration.

“Some of the challenges that we come across … have to do with al of the players that will be involved,” says Shields. “The formalization of IPD as a distinct delivery method is still relatively new and still lacks an overall industry consensus. While there are parameters and guidelines to IPD, each individual comes to the table with certain preconceived thoughts on what is that IPD does based on specific past experiences. ONe of the most helpful ways to get on the right trac is to identify roles, responsibilities and expectations from the team and to develop a clear indication of when IPD ends and actual construction begins.”

Stutzman says working as partners can help the design team through many common project challenges.

“The biggest is constructability, because architects don’t necessarily know how things go together in detail. The other is the transitions (among) systems because there’s an increasing emphasis on air and weather barriers, for example, and how you make that transition from the glazed opening to the opaque facade,” he says. “Those details are coming under more and more scrutiny and we’re seeing architectural requirement as part of the submittal that the glazier identify what all these materials are … early on involvement of the glazier can (help) get those details established, determine how to make those connections back to the structure and recognize if there are any sequence concerns about how to do the installation.”

Before getting invovled or taking on new roles and responsibilities, it can be helpful to hear from otheres who have done so. Take some time to get to know who and what will be a part of the job, and understand what you’ll be able to bring to the table.
“Start by knowing that IPD process wildly different than your typical design/bid/build opportunities. IPD’s collaborative approach allows informed decision-making early in the project where the most value can be created for the owner,” says Shields. :The basis of IPD is to share the risk among all parties rather than an inverse relationship of risk between the owner and contractor.”

He says it’s important to recognize the following:
1. Value engineering is built in from the start.
2. Cost transparency helps the entire team identify cost drivers to better understand how to develop a more efficient system.
3. 100 percent collaboration helps eliminate waste on many levels and keeps overall costs of the project down.

Stutzman stresses the importance of starting the process early.

“WE see some architectural firms reluctant to let the industry know they actually have a project becuase they’re concerned about being inundated with calls. Ultimately, that doesn’t help,” he says. “Also, involve the specifiers. Don’t leave them out becuase we have to translate what’s in the document and if we don’t understand the intent or discussions that have taken place the systems may not attach correctly.”

He continues, “Have the teams discuss system costs as the design develops. We see way too many projects value engineered, but it really comes down to cost cutting because it’s over budget. The architect has to understand the choices they’re making and the cost implications and the glaziers can give good advice on that.”

Bakke says in his sxperience, the contract glaziers often are their first source of glazing informations.

“Contract glaziers understand the nuances of the different technologies you can get in glass and they can help you work through what makes the most financian sense on a project,” he says. “They can give you solid answers that can turn into direct value for the owner. In other instances, you might realize you have an oversight that needs to be corrected and that’s esier to do during specification than in construction.”

A project’s success is based on the actions of the entire team, and no one group’s indiviual performance. With glazing products becoming more and more complex, adoption and understanding of IPD or even simply collaborating early on, can help avoid costly mistakes and finger-pointing.