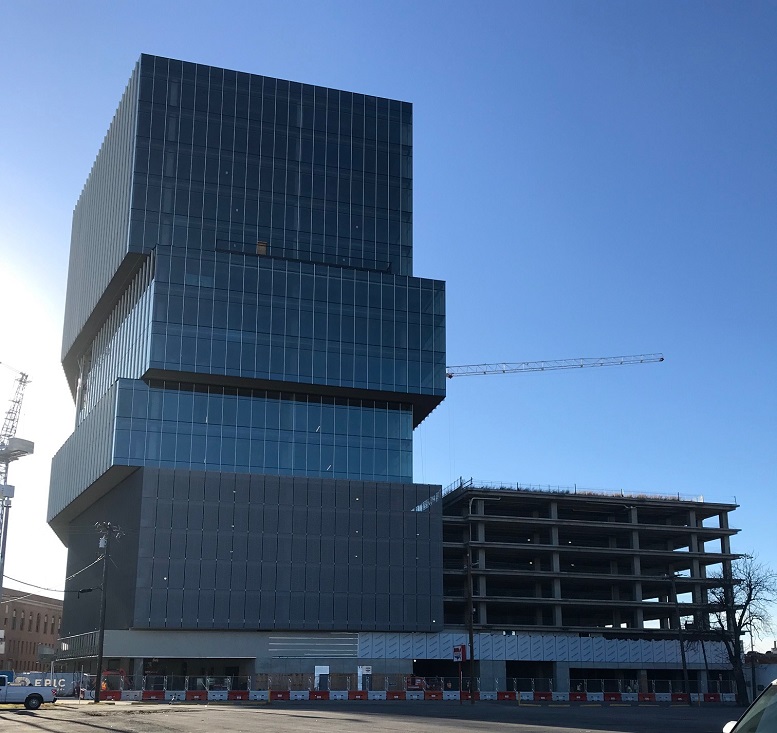 IWR North America, one of the longest-standing building enclosure contractors in the United States, completes its portion of a Dallas project resulting in a three-building high-rise business campus in the Deep Ellum district.

“It was a pleasure to be involved in the design and construction of this new development in Dallas,” said Michael Smalley, director of business development at IWR North America. “The neighborhood is a vibrant and growing area, and this project is a great example of what a collaborative team can accomplish with a common goal in mind.”

The 251,000-square-foot office tower boasts meticulous joint alignment that is observed vertically from the first level to the top of the screen wall above the roof. This precise positioning, only achievable with a very detailed approach to the project from start to finish, offers crisp sightlines as part of an atypical façade in addition to becoming a feat of engineering and complex geometry. The contemporary building stands 16 stories with the bottom seven floors making up the parking garage. Completed in the six-month timeline, IWR was responsible for installing a 37,000 square foot fully custom garage cladding system with a custom expanded aluminum mesh finished with two-tone colors.

“From the onset of the project, the client and design team were both very open to collaboration and design input to arrive on a very functional system that maintained the mainstays of the design intent,” continued Smalley. “IWR’s field operators and installers did an outstanding job of executing the very detail-oriented project.”