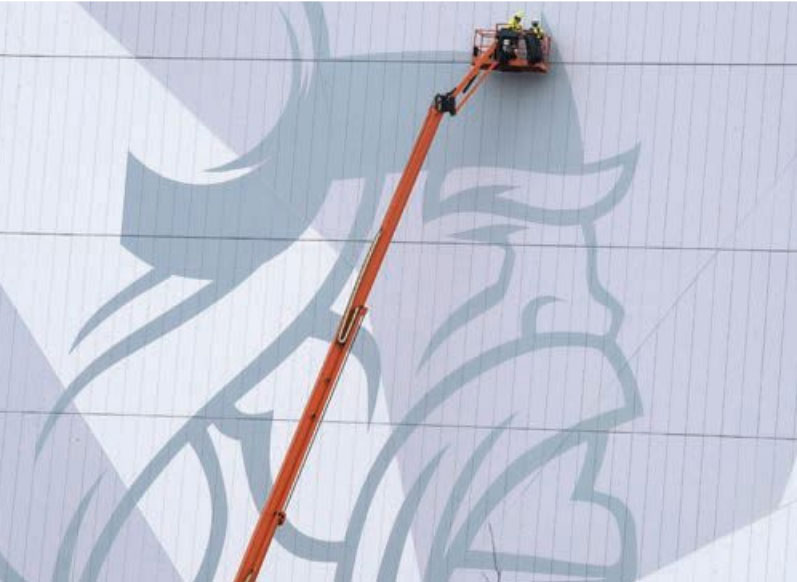 The Minnesota Vikings’ new stadium in Minneapolis is known for its massive expanses of glass and translucent roof. Down the road in Egan, Minn.., the team’s recently completed 92,600 square foot indoor practice facility and headquarters also uses plenty of glass- but even more metal.

Building enclosure contractor IWR North America wrapped up its portion of the Crawford Architects-designed facility at the beginning of 2018, and it was a big portion.

“The architects drew from the past, paying homage to the heritage of the team’s namesake while continuously directing design toward the team’s future needs,” says IWR general manager Todd Staley. ” The architectural shell of the building and the systems integrated into the facility will play off each other and present an energy-efficient and environmentally-conscious structure eager to be mimicked.”

According to IWR, the company collaborated closely with general contractor Kraus-Anderson and the design team on the building’s complex geometry “with a great deal of accuracy and technical detailing while working on tight timelines and aggressive schedules.”